MASTEROFFOXHOUNDS went into many notebooks after his debut run back at Leopardstown on May 17th.

The in-running comments don’t really tell the full story as, before the race, the horse looked like he would come on lot for the experience and, during the race, this is what happened. He was pushed along in seventh at halfway; he went fourth inside the final furlong and ran on into a never-threatening third close home.

The winner of that race, Mohican Heights, has since been purchased by Qatar Racing and will now reside at David Simcock’s stable, while the horse that finished second that day, Lil Grey, won next time out and then went on to finish sixth in the Albany Stakes at Royal Ascot.

The form has plenty of substance to it and Masteroffoxhounds should take plenty of beating here. He’s my Nap of Day Two.

This race is dominated by numerous runners from team O’Brien, as both Joseph and his father, Aidan, have chances in this.

Most of the entries, though, are horses that ran at Royal Ascot and, with them potentially having had hard races, the value may lie elsewhere.

The master of Rosewell House, Dermot Weld, has a potentially very interesting colt in this race, one that could be in the “anything” category. MASAFF is very lightly raced and the step up in trip could be exactly what he needs.

He was third to Madhmoon and Broome as a two-year-old in the Champions Juvenile Stakes on Champions Weekend and, no doubt, his trainer had high aspirations for him. He returned in the Yeats Stakes at Navan after 203 days off and everything went wrong. He was awkward leaving the stalls and looked a little too fresh for me.

This time around he will strip fitter and could give them all plenty to think about.  Should be a solid each-way price here as he has a bit to prove.

Following her refusal to race last time out at Royal Ascot, I am willing to give ICKWORTH a chance to get her reputation back on track.

She was very impressive at Dundalk on her debut and, as I mentioned in my Royal ascot previews, she was even more impressive in dismissing King Neptune at the Curragh over five furlongs back on the 6th of May.

She reared as the stalls opened last time and sat on her haunches and Billy Lee got unbalanced. She will have had plenty of stalls tests, no doubt, since then and should be primed for a big run here.

This is a very hot race and her biggest danger could be the Niarchos family-owned Albigna, who won well first time out for Jessica Harrington.

SONAIYLA is one of the fillies that I was very sweet on when she won last time out and she could improve here past her rivals and pick up a decent pot.

The form of her last run is very strong as the filly she beat, Independent Missy, has gone on to win by four lengths next time out.

Sonaiyla looks to be thrown in here on the basis of her handicap marks as she is rated 79 and Adam Farragher is claiming seven pounds, while Independent Missy is now rated 90 after her win.

The faster pace of this race will suit her here and I expect her to go very close. 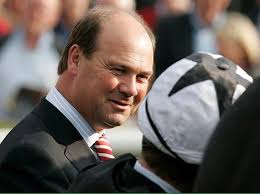 The market is very lopsided for this race, with the Aidan O’Brien-trained Pink Dogwood and the Charlie Appleby- trained Wild Illusion at the forefront of it.

The ‘betting without’ market could be very interesting here, should one of the top two not perform.

WHO’S STEPH has performed really well this season and deserves her place in the field. On official ratings she has a few pounds to find with those at the head of the market, but this could be the race that shows how good she actually is.

Ger Lyons has done a fantastic job with her and she is the flagship filly for his stable. The ground will be no issue here and I think the double-figure price really underestimates her chance. The main question is whether she has the ability to win a Group One? 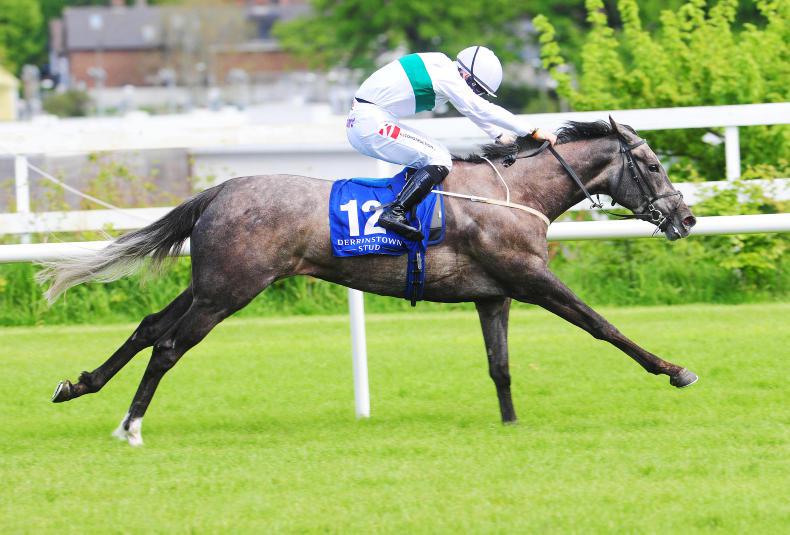 Can Who’s Steph upset the Epsom Oaks first and second on Friday?

GIGA WHITE could give the Ger Lyons team a quick double as he appears in his second handicap.

He has gone up a pound in the ratings following his last run.  He could be the type to improve with racing. As a two-year-old he beat South Pacific in Gowran Park to break his maiden tag, and we saw last week at Royal Ascot that South Pacific has gone on to win a decent pot.

This race is very competitive but it will be no surprise to see him go very close.

SKY SEVEN is potentially very well-handicapped here for Michael Halford and could go very close given luck in running.

He was second to Cnoc An Oir last time out at Leopardstown and has only gone up one pound from that run.

He finished down the field in a €27,000 handicap at Naas, which has been the only blot on his copybook, and this race could suit him right down to the ground.

His first four runs were at Dundalk, so the better the ground, the better his chance and he should be decent each-way value here.