Once again, Alan Marron marks your card for some key racing as the three-day Dubai Duty Free Irish Derby meeting gets under way.

On breeding, the Willie McCreery-trained INNERVISIONS (6/1) could be very interesting.

The sire and dam are Dubawi and Fiesolana, who Willie trained to win five Group races, including at Group 1 level. Willie has already won a race with Fiesolana’s first foal and this is the second to see the racecourse.

The trainer has a 27% strike rate with his two-year-olds at the time of writing and for me he is very good at placing them.

She could be a bit of value here against the Coolmore opposition. I wasn’t overly impressed by the run of Love first time out and therefore she can most definitely be taken on.

Aidan O’Brien had previously planned to introduce the exceptionally well-bred HONG KONG (9/1) at York in May. By brilliant US Triple Crown winner, American Pharoah, this colt cost $1million and looks very interesting here.

Seamie Heffernan gets the leg up and, over the past few weeks, he has been getting some nice winners for the team. Whatever this horse does this time around will be an education to better things. 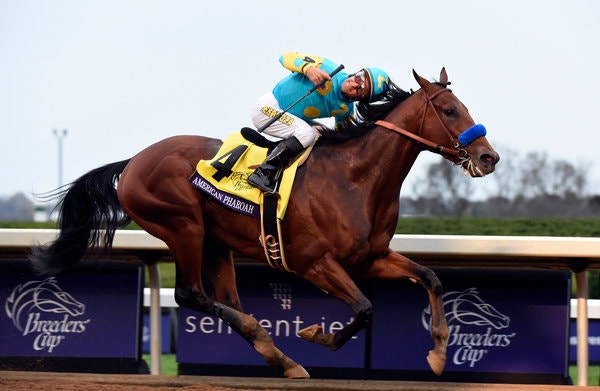 MING (7/2) is a horse I have followed since he broke his maiden in Dundalk and, this time around, could be the perfect time to catch him.

He has been very extravagantly campaigned with trips abroad, but the handicapper has given him a chance to rekindle some of his best form by dropping him two pounds to a mark of 97 following his latest run.

He could give Seamie Heffernan a quick double and he has a good record on this horse after winning on him in Gowran Park on 24th June last year.

Ming should strip a lot fitter here after his last run off a break. Could be very well handicapped off 97. Big chance.

During a press conference at @curraghrace, Johnny Murtagh gives his thoughts on this weekend's Pretty Polly and Irish Derby. pic.twitter.com/bYLecIdhnI

One of the most interesting runners on the night takes his place here.

Magna Grecia has gone on to frank the form by winning the 2000 Guineas at Newmarket. The only negative is only the 6th place horse from the Naas race has done anything more for the form. That horse was Morpho Blue who has won twice since.

That said, this race looks weak and the forecast odds I suggest will be short. A watching brief could be the way to go but, if the price begins to drift owing to the lack of a run, he it could be worth a small play.

The feature race of the night and one in which the UK challengers normally hold the key as they have a stronger sprint programme.

However, Willie McCreery could be in line to land a big pot here as his filly NITRO BOOST has an unexposed look to her in the sprinting division.

She won a nice sprint for three-year-olds last time over tonight’s course and distance and this will be a different proposition taking on older horses.

The biggest thing for me here, though, is when you find the key to a filly and she starts improving, who knows when it will stop? She beat Cityman well last time and he has since gone on to win at Tipperary by three lengths.

Nitro Boost will have to improve again here to contend but is drawn well and could give them all plenty to think about.

Will Madhmoon do the business in Saturday's @DDFRacing Irish Derby?

DE NAME ESCAPES ME (13/2) produced an unbelievable performance last time out at Roscommon when breaking his maiden on the flat. He has some quality jumps form to his name and thundered home between horses to get up and win going away.

Trainer Noel Meade said after he won that the run on the flat was to try and “sweeten” him up. He is a stayer and the quicker they go the better it will suit this horse.

Oisin Orr is a very good booking and for me there is plenty of pace in the race. The long home straight at The Curragh will give him time to get into a rhythm and come home well. Could be overpriced in this race. Carrying top weight of 10 stone should be no issue as he is a big animal.

My NAP for the night runs here and I will be very disappointed if it doesn’t go close based on form.

LANCASTRIA (7/4) looked all over a winner when kicking clear at Killarney last time out only to be caught close home by Eminent Authority. Eminent Authority has since gone on to finish fifth to Dashing Willoughby in the Queen’s Vase at Royal Ascot.

The horse that finished third at Killarney was Kangaroo Valley and he absolutely bolted up beating a stablemate of Lancastria last time out in Tipperary.

The fourth and fifth horses have finished second since so the form really stands up well. In terms of a Curragh maiden, this race does not look overly strong in terms of quality.

The only danger is the unraced Leo De Fury from Jessica Harrington’s stable, but Lancastria will not have to improve much to break the maiden tag here.

Lancastria will be looking to build on his second at Killarney