As things stand, this will be the last meeting at Dundalk until Friday September 20th. Will Reilly offers his thoughts on a card that, hopefully, will see us end the current run of fixtures in style.

The card carries €126,000 in prize money and features the €30,000  Irish Stallion Farms EBF Fillies’ Handicap at 7pm, in which Sheisdiesel will bid for a remarkable fifth-successive win at Dundalk.

Dundalk prices will be available at Bar One Racing on Friday morning.

Kieran Cotter’s two-year-olds have been running well here, not least the impressive Royal Ascot-bound George Cornelius, so it would be no surprise to see Daughter In Law go well. Glow Worm turns out quickly after a good run at Naas but, as ever with juvenile races, there are a number of unknown quantities so check the betting for clues.

Poitin bounced back to form last time and, given that she seems to enjoy the spring, can go well again. Exclusive Waters has returned to a winning mark and looks poised to go well. Sharjah and Sleepy Head have been picking up place-money fairly regularly at Dundalk recently but a win is eluding them. Spanish Dawn is well worth a try at tonight’s trip.

Selection: Exclusive Waters at 8/1 – he’s on a winning rating and could well appreciate a step up to 12 furlongs. A win here would leave him needing to win at Chelmsford to complete a full set of victories at all-weather venues in Britain and Ireland.

From their current ratings, you could build a case for good runs from Kerosin and Park Row – if it was a handicap. However, it isn’t and the weights and ratings mean that Downdraft, trained by Joseph O’Brien, will be sent off as a warm favourite, which is hard to argue with. 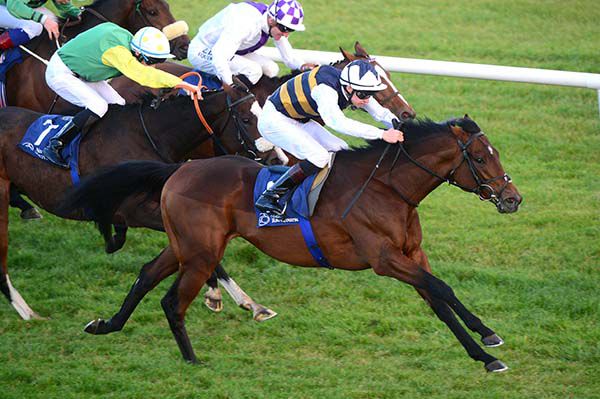 The remarkable Noel Meade-trained Sheisdiesel is on a roll and a six-pounds rise in the ratings from her fourth-successive win (all wins here) last time shouldn’t stop her from running well. Likewise, Miss Snossyboots, who has been raised five pounds for her latest win and comes here seeking a third win in a row here. Bianca Minola, Cautious Approach and Lafayette Hill can all have cases made for them, Ado McGuinness will, no doubt, find winning opportunities for Beyond Dance and Bit Of Banter is open to improvement in cheek-pieces.

Selection: Sheisdiesel at 11/4 can continue her love affair with Dundalk. 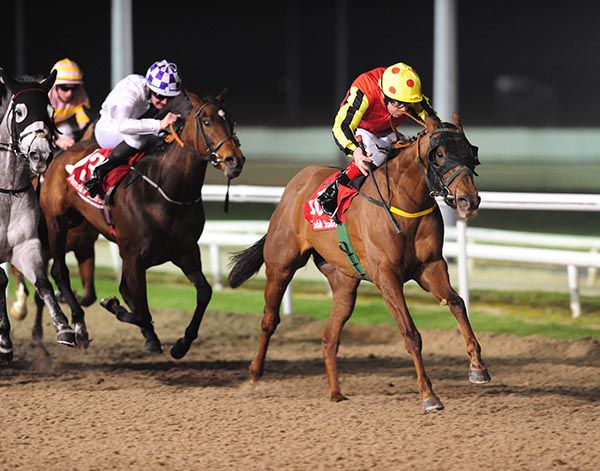 As with all maidens, there are a number of horses that look interesting on pedigree, including Granularity, who has experience and the form of her run last time has been boosted by the winner having subsequently finished second in a Listed race. However, the eye is drawn to Joseph O’Brien’s Vivax, who ran well when fifth on his debut (the second from the race has won since) and despite being slightly surprised at the 3.5 furlong step up in trip from that run, he looks likely to be popular with punters.

Wild Shot is another horse that has fallen in love with Dundalk, winning his last three races, although  a drop in trip from those runs and a ten-pound rise in the ratings may make him vulnerable. Whatever happens, it has been a fine training performance from Noel Kelly to bring the gelding back to winning form.

Course-and-distance winner Footsteps At Dawn looks set to go well, as does Poetic Choice, along with her conqueror last time, Lady Rosebud, who remains well handicapped based on her best 2018 form. Another to consider is Masalai, who seems to have benefited from a gelding op and drops back in trip from his latest run.

It’ll be interesting to see if promising apprentice Joey Sheridan can produce Mulzamm, who tends to travel well in his races, at the right moment. Haqeeba is weighted to get closer to Ken’s Sam’s based on their meeting here last time but her best handicap form has so far come at five and six furlongs.

Successful Indian jockey Suraj Narredu is an interesting booking for Turn On The Tears, Lord Cooper will probably be found a winning opening from his revised rating, the booking of Shane Foley for Arlecchino’s Rock catches the eye and Red All Star is entirely capable of running well from his current rating at today’s trip.

Selection: In a tricky finale, I’ll side with Arlecchino’s Rock at 16/1, for whom the booking of Shane Foley looks interesting.

The potential downside is his wide draw but, at the prices – and if the evening has gone well so far – we’ll stick with the Rock to roll in the last!