Chelsea are unbeaten in this season’s Europa League with 11 wins and four draws, although they were very fortunate to get past Eintracht Frankfurt in the semi-finals, scraping through on penalties after playing poorly. Olivier Giroud has scored ten goals in Chelsea’s last eleven matches in the tournament.

Check out our betting markets on the Europa League final

Depending on where you stand, coach Maurizio Sarri has either had a very satisfactory first season or has underachieved given the depth of the squad. Juventus, who want them as their new manager, clearly stand in the former camp. 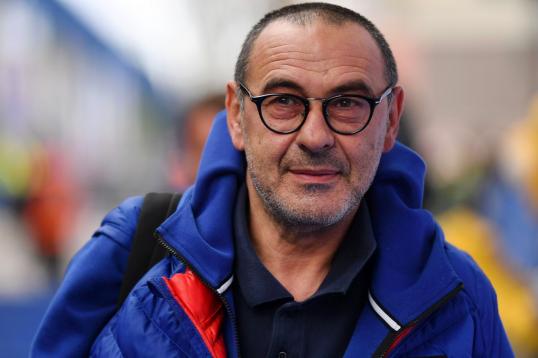 Unai Emery surely inherited a more-difficult situation at Arsenal, taking over following the near 22-year tenure of Arsène Wenger. Under the circumstances, I feel that he has done well and, if allowed to bolster his squad in key areas, should be able to progress again next season.

Arsenal have won 11, drawn one and lost three of their Europa League matches this season and scored three or more goals in eight of them.

Their standout performer has been Pierre-Emerick Aubameyang, who shared the Premier League Golden Boot with Sergio Agüero and Mohamed Salah and scored six goals in Arsenal’s last five Europa League matches plus three in their last two Premier League games. He will approach the final with confidence.

Aubameyang’s developing relationship with Alexander Lacazette could have a huge bearing on this game.

Chelsea approach the final with a mixture of vibes surrounding the club.

Manager Maurizio Sarri has been heavily linked with a move to Juventus, star player Eden Hazard seems to have sealed a dream move to Real Madrid, and club legend Frank Lampard is being touted as the club’s next manager.

Furthermore, David Luiz and, a little surprisingly given that he has been linked with longer deals elsewhere, Olivier Giroud, have signed one-year extensions to their existing deals and Ruben Loftus-Cheek sadly succumbed to an Achilles injury on Chelsea’s oddly-timed tour to Boston ahead of a trip to Baku

Within it all, the doubt surrounding owner Roman Abramovich’s continued involvement with the club seems for now to have receded. The summer break will, of course, tell us more.

As for Arsenal, their potential Europa League-final keeper, Petr Čech, will be joining Chelsea (possibly as a sporting director), a club at which he enjoyed so much success, after Wednesday’s big match. The Gunners’ manager Unai Emery is not happy with the timing of this development, although he his admiration for the keeper remains undiminished. On Tuesday Emery spoke of Čech’s professionalism and called him “a gentleman”. 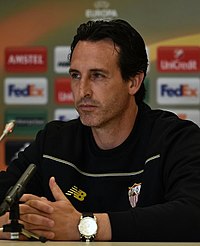 He is considerably less happy – quite rightly, too – with the fact that that Henrikh Mkhitaryan will miss the match over concerns for his personal safety.

Mkhitaryan is from Amenia, which has been in conflict with Azerbaijan, where the final is being held, since the fall of the Russian Empire in 1917. In 1988, the two countries were at war and in the two years that followed most of the 250,000 Armenians that had been living in Baku were expelled or worse.

Efforts were then made to remove the remaining Armenians. Mkhitaryan’s family was directly involved in this horrific situation, which led them to move to France.

His former manager at Arsenal, Arsène Wenger, commenting on the player’s absence from the match, said, “It is something that should not happen within football…that you cannot play for political reasons.” Efforts by UEFA  to allay Arsenal’s and Mkhitaryan’s fears were unsuccessful.

Wenger is right, of course, although further sadness is added because this is precisely the way that things seem to be at present, with fractures and difficulties in the world – through politics, race or ethnicity – becoming increasingly more evident.

Against this disturbing backdrop, a European final will take place on Wednesday night.

Arsenal – As mentioned, Henrikh Mkhitaryan will miss the game for desperately sad reasons.

Chelsea – Ruben Loftus-Cheek has joined Callum Hudson-Odoi in the treatment room with a torn Achilles tendon. Antonio Rudiger (knee) is also unavailable. N’Golo Kanté  has recovered from a recent hamstring injury but, according to weekend reports, picked up a knee injury in training and is rated as doubtful for Wednesday.

Which Chelsea will turn up? A lacklustre side, as in the semi-final second-leg against Eintracht Frankfurt, will probably lose; a fully-performing side has a very good chance of winning.

Eden Hazard will want to sign off his Chelsea career in style, former Arsenal player Olivier Giroud tends to play well in the big games, although the attacking tempo that Callum Hudson-Odoi and Ruben Loftus-Cheek have given Chelsea in this competition will be sorely missed, particularly given Jorginho and Kovačić’s lack of creativity.

I can see Mesut Özil having a good time against Chelsea’s midfield, while Aubameyang looks good for a goal or two.

For Chelsea, Hazard can break down any defence and a frontline of him, Giroud and Willian looks very strong.

When it comes to managers, Unai Emery has an excellent record in the Europa League, having won it three years in a row with Sevilla (2014-16).

Given his hot form, Pierre-Emerick Aubaneyang to score first at 4/1 is suggested – it is a ‘Double The Odds On First Goalscorer Bets’ match with us – and anytime at 17/10.