City have won 16 of their last 18 games, 17 if you include their penalty-shoot out League Cup win over Chelsea. They have scored 46 goals in those 18 matches and kept ten clean sheets. In 12 of them they have scored two or more goals and, in nine of them, three or more.

With eight goals in his last eight City starts, Raheem Sterling’s fine season has continued, while Sergio Aguero, with nine in his 11 starts, remains a striker par excellence.

The initial euphoria of Ole Gunnar Solskjær’s excellent start at United seems a long way off now as they approach the Manchester derby having lost six of their last eight matches, including a 4-0 drubbing at Everton on Sunday. It is also ten matches since they kept a clean sheet.

They desperately need to recapture the spirit and form that saw them beat PSG 3-1 in Paris in a Champions League last-16 second-leg tie on March 6th. That performance also now seems a long time ago.

The first of City’s biggest hurdles on their Premier League run-in was safely negotiated on Saturday with a 1-0 home win against Tottenham, providing compensation of sorts for City after the Londoners had put them out of the Champion League three days earlier.

The second of the main hurdles – not on the basis of form but owing to fierce local rivalry – is Man Utd. Get through this game with a win and they will be red-hot favourites to secure back-to-back Premier League titles, and their third in the last six years.

City are fine examples of possession-based football linked to good movement and intelligent interplay. Add in many top-class players and it’s easy to see why Pep Guardiola has built a successful side.

Pep Guardiola has built an entertaining and successful Man City side

Having won this season’s League Cup, and with an FA Cup final appearance coming up on May 18th, City could end the season with three trophies and, also, join a select band of teams to have completed the ‘Double’ in England, now made up of the Premier League title and the FA Cup.

It’s the view of most observers that Ole Gunnar Solskjær has quite a rebuilding task on his hands. Furthermore, United are looking a little disjointed at the moment, with injuries not helping the situation. At least they have Nemanja Matić fit again; he has been missed in the midfield anchor role.

Much as next season may be partially in mind, a top-four finish in the league would constitute a good season for United given all that went before Ole in the final months of the José Mourinho era.

With local bragging rights on the line and a top-four finish still a possibility, Ole’s team-talk should write itself. The question is, how will the team respond? 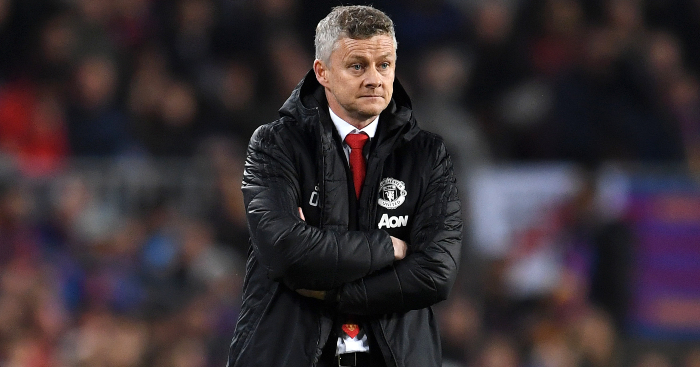 What seems sure – despite the fact that they are at home – is that Manchester United will be set for an evening of long periods of defending coupled with a need to make the most of counter-attacks.

Looking at the head-to-heads in relation to this league fixture at Old Trafford – Man Utd have won just once in the last six seasons (4-2 in 2014-15) and lost four times, including the last two.

All things considered, it’s understandable why City are such strong favourites (9/20) to win the game.

Man Utd – Nemanja Matić and Alexis Sanchez are both available again following injury. Ander Herrera is back in training and could be available, as could Eric Bailly. Having served a two-match ban, Luke Shaw is also available for selection. Phil Jones picked up a knock against Everton on Sunday and is being assessed.

Updates on Ander Herrera, Eric Bailly and Antonio Valencia will be given when Ole addresses the media on Tuesday morning.

Man City – Kevin de Bruyne picked up a hamstring injury against Spurs on Saturday and is set to miss out. Claudio Bravo (Achilles) is a long-term absentee. As long as two high-intensity games against Spurs in the week leading up to this match, the latest of them played in warm sunshine, haven’t left their mark, it is hard to see past a City win.

Quite simply, they are a better side than United and are playing well. Their system and shape is well understood by the players and they are delivering performances to back this up.

United, of course, pose an attacking threat and, in Marcus Rashford, have a player who understands only too well the importance to the fans of a derby match. I can see him scoring (he’s 3/1 to score at anytime in the game) in what will be, in my view, a United defeat so both teams to score at 4/6 looks reasonable, although 9/20 about City to win may be too short for many, even though, to me, it looks a likely outcome.

Given their good recent scoring form,  Sergio Aguero at 18/5 to score first – it is a ‘Double The Odds On First Goalscorer Bets’ match with us  – and Raheem Sterling at 23/20 to score at anytime seem reasonable enough. Raheem is 9/2 to score first in the game, which also looks a reasonable price.