Will Reilly takes a look at the 5-day entries for Naas on Sunday, a card that will open the Irish turf flat season

The curtain will rise on the Irish turf flat season at Naas on Sunday. An eight-race card will carry €341,500 in prize money and feature the €100,000 Tote Irish Lincolnshire, which is due off at 4:10pm.

The card will open, though, with the €16,500 Irish Stallion Farms EB Maiden (2yo, 5f, 1:30pm), a race that Jim Bolger won three times in a row (2011-13), the middle leg of that run being subsequent English 2,000 Guineas winner, Dawn Approach. Jim could be represented by Dawn Approach’s daughter, Feminista, on Sunday.

The card’s second race, the Kildare Post & Kildare Now Maiden (3yo+, 6f, 2pm) could see Aidan O’Brien send out his first turf runners of the season in a race he has won twice in the last four years. Aidan’s San Andreas heads the weights for the Madrid Handicap at the five-day stage, one of four initial entries from his stable for a race that has been won by the favourite just once in the last ten years, that winner being Aidan’s Francis Of Assissi in 2013.

The Tote Irish Lincolnshire (4:10pm) looks set, as usual, to be competitive, and potential runners include Premier League, from last year’s winning stable of Michael Mulvany, and maybe three from the 2017 winning trainer, Ger Lyons (Bobby Boy, Karawaan – who has joined Ger from Sir Michael Stoute – and Tony The Gent). 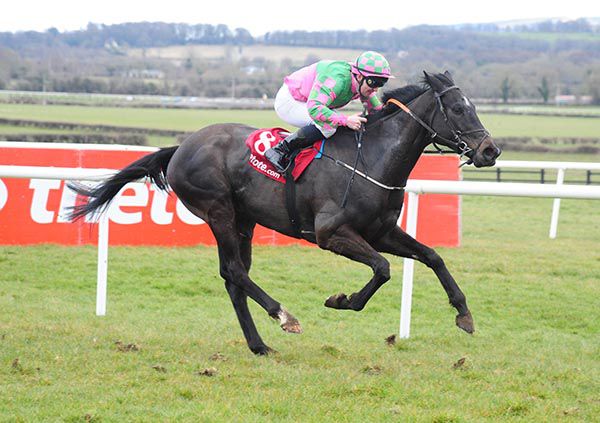 Pic: The 2018 Irish Lincolnshire winner On The Go Again

There could be two runners from Ado McGuinness’s stable that has been hot on the all-weather surface at Dundalk this year – Master Speaker and last year’s Lincolnshire third, Aussie Valentine.

Champion Hurdle-winning trainer Gavin Cromwell could be represented by Innamorare, winner of her last two races on turf, and recent Dundalk winner, Ciao, and, at the five-day stage, Yorkshire trainer Richard Fahey had entered three horses for the €100,000 contest – Calvados Spirit, Crownthorp and Society Red.

It all adds up to a compelling curtain-raiser for the Irish flat turf flat season on Sunday at Naas.