Will Reilly runs through this week’s Cheltenham line-up, adding in a pointer or two for each race

Check out our Cheltenham Festival markets

The last British favourite to win was Forest Sun in 1990. Can Al Dancer defy history?

Willie Mullins has won the Arkle three times in the last four years and runs Duc des Genievres this year. A win for Lalor and Kayley Woollacott would provide the most-emotional story of the week

Buveur d’Air is bidding to record a third-successive win in the race; the mares Apple’s Jade and Laurina are out to spoil the party

Ireland has won the last four and five of the last six; only one winner in the last 8 years was returned at bigger than 8/1; Derek O’Connor has won 2 of the last eight, Patrick Mullins, 2 of last 6; OK Corral and Ballyward represent last year’s Albert Bartlett form, which looks pretty classy

Only one winner in the last ten has been returned at bigger than 7/1 (Willoughby Court, 2017); no seven year-old has won the race. Champ needs to defy the stats

The last five winners had all run at Cheltenham prior to their wins and four of them had won at Cheltenham. The race favourite Delta Work won at last year’s Festival 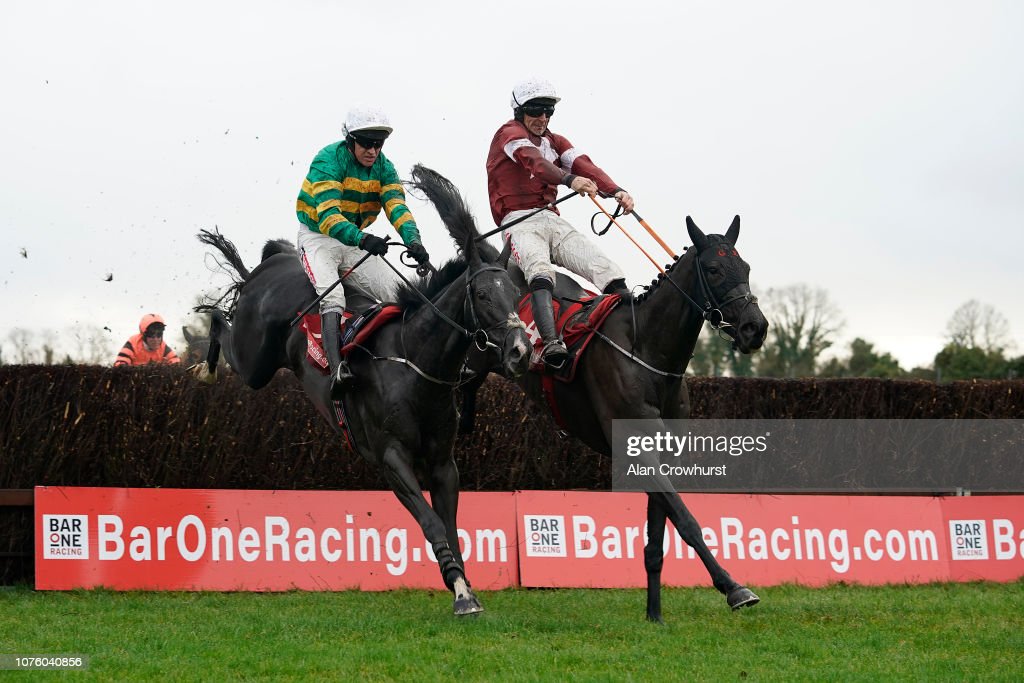 Gordon Elliott has won two of last eight and Ireland has won five of the last ten, including the last three; 8 of the last 10 winners have been priced at 16/1 or bigger

Altior will be bidding for an 18th win in a row and a fourth Festival win on the bounce, including this race last year; he’s a legend

Aintree Grand National winner Tiger Roll showed his wellbeing with a graded win over hurdles on his seasonal return; he will be looking for a fourth Cheltenham Festival win; it will take a good one to beat him

Paul Nicholls has a great record in the race: he’s won 2 of the last 4, had the first two home in 2015 and 2016 and has had four seconds in total in the race in the last eight years

Ireland has won 19 of the 26 runnings of this race; Blue Sari is favourite but only three 4yos have ever won the race

It looks open, although Lostintranslation was a strong favourite until Defi du Seuil decided to join the party

Ireland has won the last three; the last two winners have been Delta Work and Presenting Percy; Sure du Berlais has been well-backed ante-post following an eye-catching Leopardstown run

The possibility of Footpad turning up minus hind shoes has altered the ante-post market; Ireland has the first four in the betting

The stats count against Faugheen as just one 11yo (Crimson Embers, 1986) has won the race since the late-1920s; a win for the popular Andrew Gemmell, who has been blind since birth, would be hugely popular; he owns the favourite Paisley Park 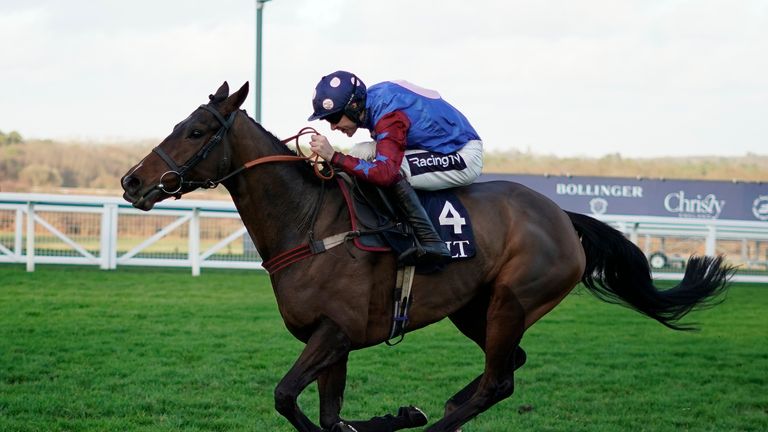 Jamie Codd has won this twice in the last four years and he looks set to ride the ante-post gamble, Measureofmydreams

Sir Erec, a Listed winner on the flat and third in a Group 3 behind champion stayer, Stradivarius, is a red-hot favourite

With last year’s first three, Native River, Might Bite and Anibale Fly, plus the King George VI Chase winner, Clan des Obeaux, the big Irish hope Presenting Percy and Willie Mullins fielding four as he bids to win the blue riband event of chasing for the first time following six seconds, we have all the ingredients for a superb race 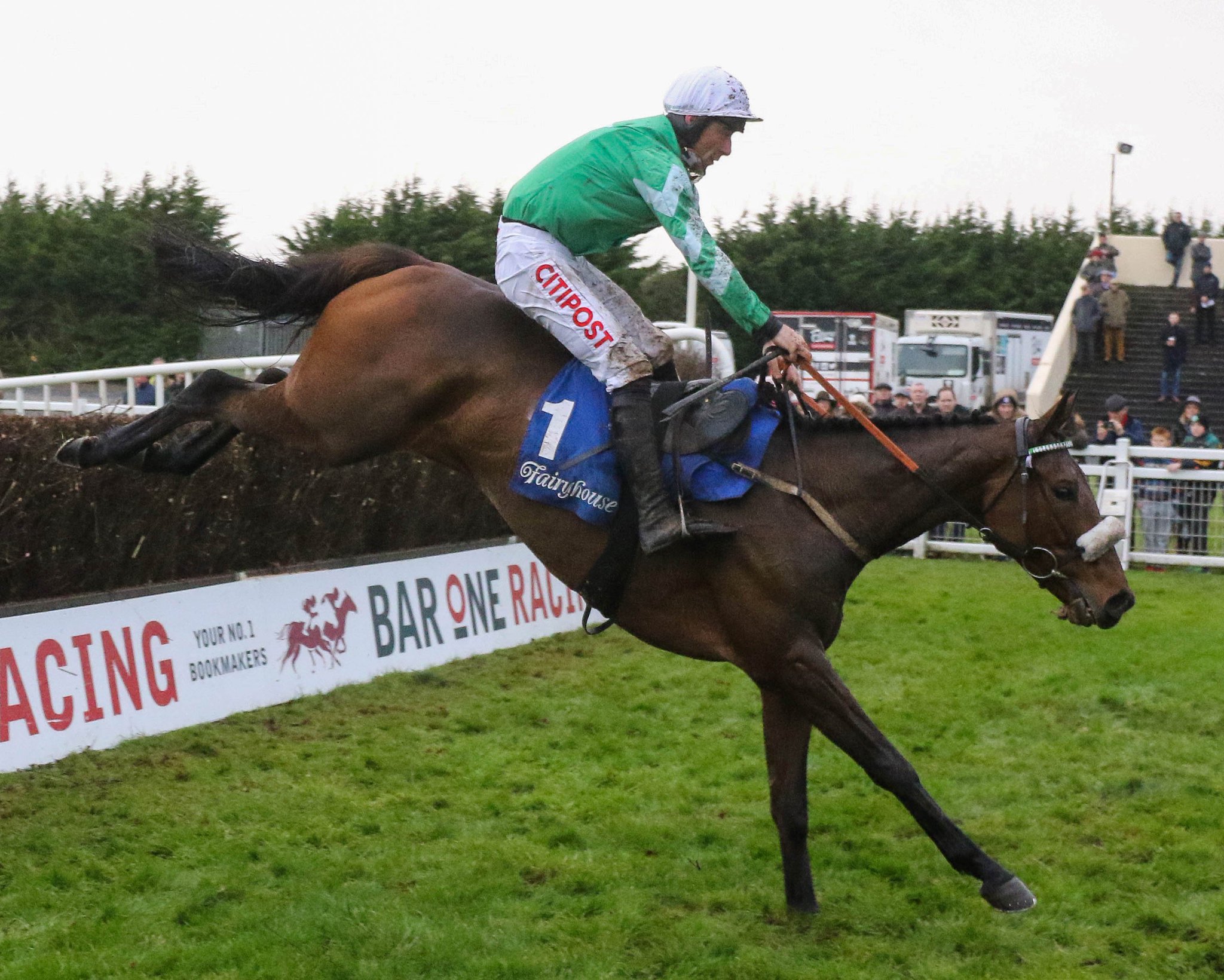 Enda Bolger has won two of the last four and he runs the unexposed seven-year-old Stand Up And Fight; Pacha du Polder will be bidding to win it for the third-successive year

Nicky Henderson loves to win this race which is named in honour of his father; his main hope seems to lie with Whatswrongwithyou

The Festival finale, named after one the sport’s great trainers; no winning favourite since Sir des Champs in 2011; Gordon Elliott has won the last two and gave a huge thumbs-up for Dallas des Pictons at Cheltenham Preview nights; Willie Mullins has won two of last five and three of last eight; Paul Nicholls has won two of last six; conditional jockeys based in Ireland have won the last four