Horses trained in Ireland have won 14 of the last 27 Supreme Novice Hurdles, but only five of them were sent off as the outright-favourite. This includes a purple patch from 2002-2004 when Like-A-Butterfly, Back In Front and Brave Inca came home in front as the market leaders.

This means that there has been no UK-trained winning-favourite of the race since Forest Sun in 1990.

Also, there is usually a big-priced horse that manages to bag at least a place; in fact, six of the last 22 winners have been returned at 20/1 or bigger, the most-recent of them being Labaik (25/1) in 2017.

Furthermore, 22 of the last 27 market leaders (including one co-favourite and two joint-favourites) have finished in the first five in the Supreme.

Of the last 16 winners, only one (Captain Cee Bee, 2008, who was seven) has not been aged five or six – six five-year-olds have won and nine six-year-olds during that time.

All bar one of the last 27 Supreme winners had won during the season in which they were triumphant at the festival, the exception being Labaik (2017), and 20 of them had won their last race before Cheltenham.

In eight of the last 17 Supremes, the winning distance has been less than a length.

Only seven of the last 28 Supreme winners had previously won at Cheltenham, and only four of those had won over hurdles at the track.

All of this suggests the following (based on the stats listed above): 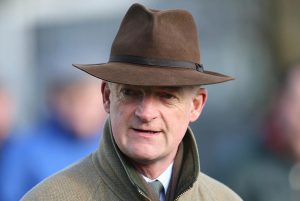