Alan Marron previews the ‘Arkle’, the second race at the 2019 Cheltenham Festival

The Racing Post Arkle Challenge Trophy Chase is the supreme test of speed and accurate jumping in the two-mile novice chasing division.

It will be run this year on Tuesday 12th March at 2:10pm as race two of the Cheltenham Festival.

The last four years tell us that Willie Mullins is likely to hold a strong hand in the race, with Un De Sceaux, Douvan and Footpad all having won for him during that time. It is also noticeable that the previous year’s Supreme Novices’ Hurdle holds a strong line of form into the Arkle.

* 10/12 HAD WON ON THEIR LAST START BEFORE CHELTENHAM 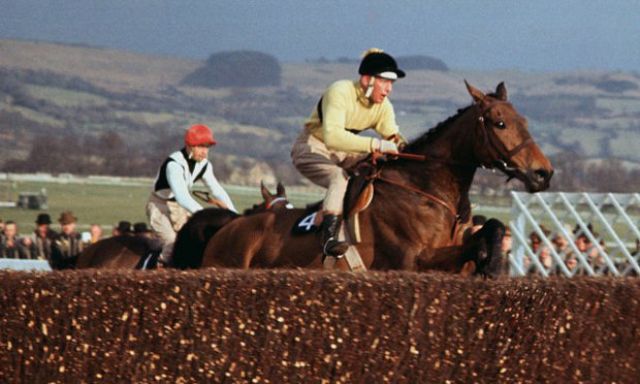 The legendary Arkle, ‘the greatest’, winning at Cheltenham in 1964

The apple of trainer Amy Murphy’s eye, this horse has been electric over fences this season, up to his last two runs, when the softer ground caught him out.

He was second in the Supreme Novices’ Hurdle last year at the Festival in a race where the form has worked out exceptionally well. The form also stacks up from when he was second in the Tolworth Hurdle at Sandown, and he was then very impressive in winning the Betfair Hurdle at Newbury.

Jack Quinlan has built up a real rapport with this horse and I can see his jumping really playing to his strengths at Cheltenham. He wasn’t stopping in last year’s Supreme and just got nabbed late on.

As I have already mentioned, the form of last year’s Supreme Novices Hurdle has plenty of substance and this is where I go back to for my second selection. This horse finished fourth in that race behind Summerville Boy and Kalashnikov, but is twice their price in the ante-post market for this year’s Arkle.

He has steadily progressed over fences this season and held a narrow advantage when left clear at the last at Christmas but he kept on well. His novice hurdle form was strong and he is the type of horse who may just do his best running in the spring.

It's a first win over fences at the second time of asking for Paloma Blue who scores at @LeopardstownRC for Henry de Bromhead… pic.twitter.com/bTOMLV2yD5

If we delve back into the form, we will see that he finished a very creditable second to the ill-fated Fayonagh in the Racing Post Champion Flat Race in the 2017 Punchestown Festival. This race will no doubt cut up and should Paloma Blue make the line-up I can see him being a good bit shorter on race-day.