Alan Marron came up with the big-race winner at Haydock on Saturday, Wakanda (recommended at 7/1) in the Peter Marsh Chase.

It was a great way to start his involvement with Bar One Racing’s Blog.

His latest preview is of the Goffs Thyestes Handicap Chase at Gowran Park, one of the highlights of the racing year. It is due off at 3pm on Thursday, January 24th. Last year’s winner Monbeg Notorious is back to defend his crown.

The Gowran Park card consists of seven races, including the John Mulhern Galmoy Hurdle. Last year’s winner – and current Cheltenham Gold Cup favourite – Presenting Percy will be bidding to win the Grade 2 contest for the second year in a row.

The 2015 Grade 1 Bar One Racing Hatton’s Grace Hurdle winner, Arctic Fire, formerly trained by Willie Mullins but now with Denis Cullen, will make his chasing debut in the PNF Beginners’ Chase at 3:35pm.

Check out our latest prices on the Thyestes Chase  (via web)

Check out our latest prices on the Thyestes Chase  (via App) 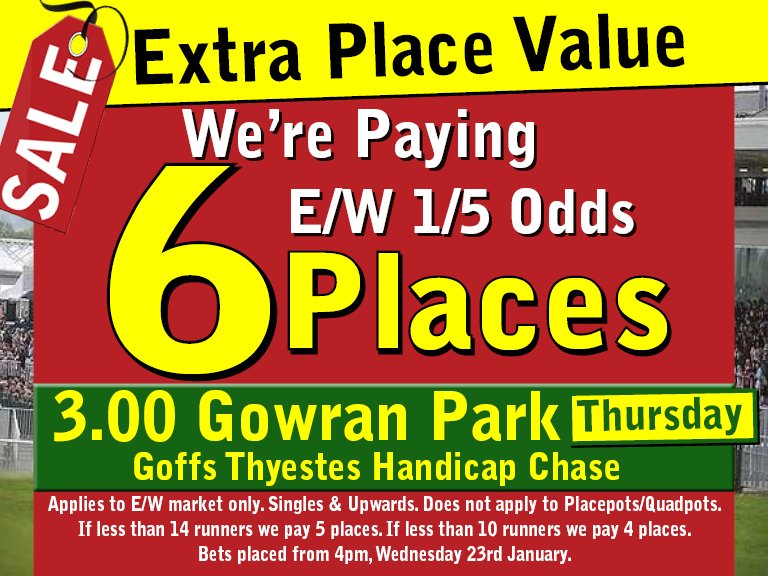 The Thyestes Chase at Gowran Park is the focus of the midweek racing action.

It is known as the race that stops a county and, over the years, has had horses go for Grand National glory at Aintree. One of the most famous winners of this race was Arkle back in 1964. Numbersixvalverde and Hedgehunter are  two of the most notable Thyestes Aintree winners.

Perhaps the most notable win over the years for me was the enigmatic Dun Doire, who got in as a late reserve and emerged victorious under the guidance of Paul Carberry and then went on to triumph at the Cheltenham Festival in 2006 under Ruby Walsh.

This year’s renewal looks tricky but, again, like last Saturday, I will give two selections that suit the main trends of the race from an each-way, value perspective.

Since 2003 the race trends are as follows:

Trained by Philip Dempsey, this horse for me looks massively overpriced in terms of what he has achieved over fences in the last season and a half.

If we delve deeper into his form, back in October 2015 he finished second to Sizing John in a beginners’ chase only beaten just over seven lengths.

His first chase run this season was a cracker when he finished a gallant second to Tout Et Permis in the Troytown at Navan. Tout Et Permis then franked the form last weekend by winning the Grade 2 Horse and Jockey Chase in Thurles.

Mr Diablo then went to Navan, second time out this season, and finished tamely over 2m4f. The Thyestes is a rough race from early on and, if Luke Dempsey can get this horse into a rhythm up front, I could easily see him being in contention up the straight.

This selection is mainly based on potential and course form.

If anyone watched this horse win first time out this season, they would have been nothing but impressed. Everything went wrong, he lost his place, he made mistakes, but the main thing for me was he galloped all the way to the line.

The fact that he is a novice is concerning, but when he won his beginners’ chase at the course back in February 2018, it was heavy ground and he again galloped away from the back of the last.

Trained by the master of Closutton, Willie Mullins would love nothing more than see this galloping grey come home in front in his local track.

His form ties in with Kemboy, who beat him well in Limerick, but I just think – barring too many mistakes – this fella could be staying on when the rest are out on their feet. 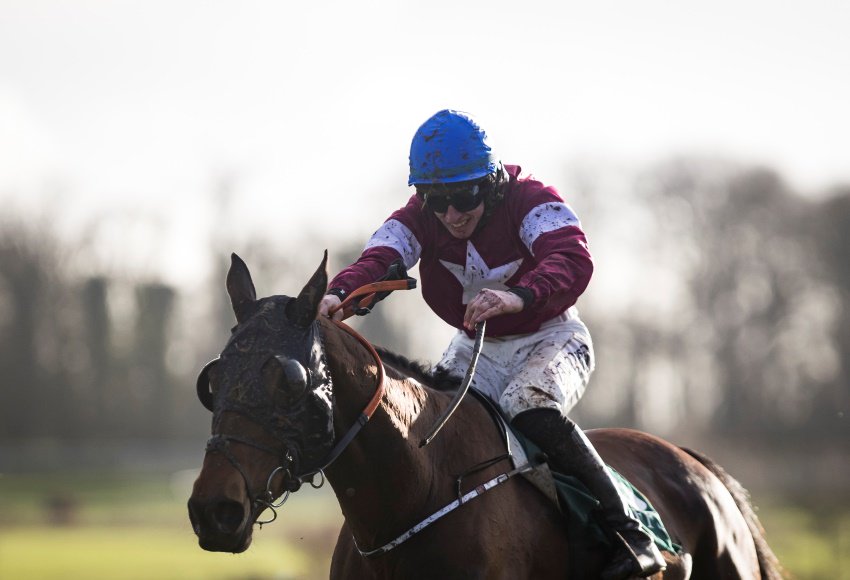